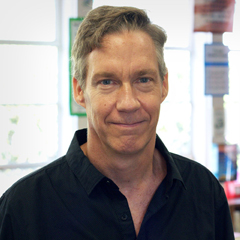 Craig is a very proud recipient of the Malibu Times' 2013 "Citizen of the Year" (Dolphin Award) as well as PTA service awards from both Webster and Point Dume elementary schools. He serves SMMUSD on its Financial Oversight Committee and on the Webster Site Governance Committee. He is former president of the Webster elementary school PTA and is currently parliamentarian of the Malibu High School PTSA. Craig holds a California teaching certificate, teaches 5th Grade GATE Math at Webster, and is a SMMUSD substitute teacher and Home Instructor. He holds a Master of Arts in Education and is a certified trainer of the Gurian Institute. Prior to moving to Malibu in 2000, Craig was a financial executive. He retired from Credit Suisse First Boston’s Executive Committee in 1998 after having lived and worked in New York, Tokyo, Sydney, and London. He is a founding member of AMPS. 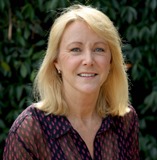 Karen is a graduate of UCLA with a degree in Sociology and has lived in Malibu for 35 years. Her three children attended Malibu public schools from kindergarten through graduation. Karen has been active in Malibu education since 1991 and has served in numerous volunteer capacities at Webster Elementary School, Point Dume Marine Science School and Malibu Middle and High School as well as on the Santa Monica-Malibu PTA Council executive board.  She is a past president of Webster PTA and Malibu High School PTSA and is a founding member of The Shark Fund at Malibu High School.  She has been an Honorary Service Award recipient at each PTA unit she has served in as well as at the council level and was honored with a "Citizen of the Year" "Dolphin Award" presented by the Malibu Times in 2013. 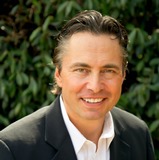 Robert is Principal of Hayman Advisors Real Estate. HARE owns syndicates and manages multifamily and office properties in the Southwestern U.S. He has been Chairman, Director and CEO of several large companies including Giorgio Beverly Hills and Discus Dental, Inc. which he grew to become the largest direct sales manufacturer of dental products in the world. Robert has studied at Sorbonne University in Paris and at Pepperdine. He holds an MBA from Boston University and is Entrepreneurial Studies Lecturer at UCLA’s Anderson School of Management. Most of Robert’s charitable work is focused on children. He is on the National Advisory Council of Smiles for Life Foundation, Founding Director and Board Member of Children’s Dental Center, Co-Founder and Board Member of National Children’s Oral health Foundation and a Board Member of House Research Institute. 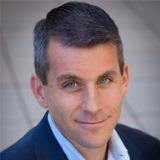 Derek is an entrepreneur and managing partner of the Newman DuWors law firm. He founded the firm in 1998 and grew the business to 12 attorneys, with offices in Malibu, Santa Monica and Seattle.  Derek advises clients in business transactions and represents them in litigation. Derek also co-founded Zevia, the all natural beverage company, where he served as CEO.  Derek directed all aspects of the business including finances, management, marketing and sales, ultimately raising over $10 million in capital for the company.  He is an alumnus of Pepperdine Law School where he is a preceptor, mentoring and advising first year law students.  He has 3 children in the Malibu Public School System and has served as a soccer and baseball coach in Mercer Island, Washington.  He is currently a coach of his son’s Malibu Little League Baseball team. 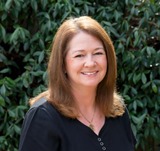 Born and raised in the UK, Melanie came to the US in 1992. She attended the University of Kent and USC graduating with a BA degree with honors in American History and Politics. She has served on the Malibu Township Council and been a member of the Public Works Commission and the Public Safety Commission. Melanie served several years as President of the Malibu Road Homeowners Association, worked on the Local Coastal Plan for City of Malibu, and assisted several successful city council election campaigns. Since becoming mother to Amelia, Melanie spent much of the elementary school years volunteering at Point Dume Marine Science School (PDMSS), where she coordinated the Room Parent Program for five years while serving as a Room Parent herself. Melanie has been PTA historian and was responsible for the creation of the PDMSS yearbook in 2011 and 2012. She was a member of the committee formed to make PDMSS a charter school. Melanie is currently Division Director for AYSOʼs GU12 soccer division and is a team parent with Malibu’s Little League softball Majors team. 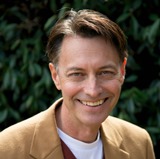 Seth is a community activist, Chairman of the Shark Fund, a former PTA Vice President, and ardent local education advocate. He recently received the "Citizen of the Year" "Dolphin Award" presented by the Malibu Times.  Seth is one of the nation’s leading communications specialists, with more than 25 years of experience in branding, corporate communications, public affairs and public relations. He has created specialized branding and advocacy programs for companies and organizations competing in the new global marketplace. Seth began his career designing communications campaigns for business and political leaders. Before coming to California, Seth spent four years working in Washington, D.C., including several years in the Carter and Clinton administrations in positions focused on technology, economic development and foreign policy. He is a contributing writer to national publications, and a lecturer on communications and public relations at UCLA and other universities. Seth has three children in the Malibu Schools. 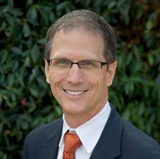 A Malibu resident since 2000, John is vice chancellor of Pepperdine University where he raises funds and develops relationships on behalf of the university. Prior to Pepperdine, John worked 13 years for UCLA where he held a variety of executive positions in external affairs. Previously, John served 10 years as senior pastor of Trinity Baptist Church of Santa Monica. While living in Santa Monica, John was a foster parent, adoptive parent, and legal guardian to numerous children with special needs who, at various times, attended Franklin and Roosevelt Elementary Schools, Lincoln Middle School, Santa Monica High School, Olympic High (Continuation) School, as well as non-public schools. Dedicated to children with special needs, John served many years as an active member of the Santa Monica-Malibu Unified School District’s Special Education Advisory Committee. John’s wife, Dr. Charlene Underhill Miller, shares his commitment to public education and has served on the Webster Elementary Site Governance Committee and Webster PTA board. Their son is looking forward to playing “serious basketball” at Malibu Middle and High School, where Charlene will again serve on the PTA board. 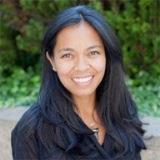 Jessica is an intellectual property lawyer and an entrepreneur. In addition to co-founding the Newman Du Wors law firm, she co-founded Zevia, the all natural beverage company. As Director and Vice President of branding for ZEVIA, she managed the branding and PR for the company, bolstering Zevia to be the number one selling natural soda in the U.S.   Jessica's law practice focuses on intellectual property, and complex commercial litigation. Jessica served 2 years as an officer on the PTA Executive Committee at West Mercer Elementary in Mercer Island in Washington and has served as room mom for 6 years in various classes. She is currently on the Board of Directors of the Malibu Boys and Girls Club. An active alumnus of Pepperdine Law School, Jessica is a preceptor mentoring first year law students.  The Newmans have three children in Malibu public schools.

Shamra is a former elementary school teacher. While teaching 2nd grade a a public school in Arizona, she attended graduate school at Northern Arizona University, studying Educational Leadership and Curriculum Development. She has a Bachelor's degree in Education and Psychology, and she has recently earned a Master's degree in Spiritual Psychology. In addition, she has worked as a counselor, life coach, in government affairs for various nonprofits, and a small business owner. She moved to Malibu, a few years ago with her two children Ashton 13-Malibu High and Ava 11-Pt. Dume Elementary. She married Brian Strange and added to her family three stepchildren, all of whom attended public school in Malibu. In addition, she has been an active supporter of the Boys and Girls Club of Malibu for the past three years.

Now with a blend of five children ranging from ages 11 to 23, each with unique personalities, challenges, qualities, strengths and learning styles, as well as having attended various public and private schools, independent study and home schools, Shamra has learned much more about the wide range of education needs for children. Thus, she brings with her a combination of professional and personal experience with hope for the future of public education in our community and inspired by the beauty, talent and possibility Malibu offers. 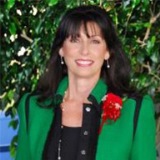 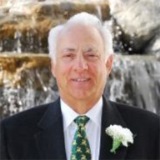 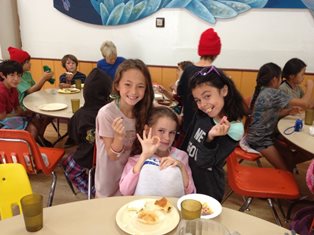 You can become involved in the movement for an independent Malibu School District by supporting us, endorsing us, becoming an active AMPS member, volunteering, attending our meetings and/or making a donation. Your participation and support will help AMPS make Malibu schools the best they can be.